Since the second week of June, youths of Nepal have came down to the streets with peaceful protest against the incompetency of the Government to maintain/control the prevailing pandemic COVID-19 in a proper way. It happened in different cities throughout the nation including the capital city Kathmandu, Butwal, Chitwan, Pokhara and many more.

Today, on 14th June, the active and concerned youths of Baglung Bazaar (which is apparently one of the red zones of COVID-19 in Nepal) replicated the peaceful protest in pursuit of alerting the government to take effective actions to keep the whole country safe against the pandemic. The mass of the youths was gathered at Loktantrik Chowk.

While the whole citizens of the country are being locked down, the government claims to have taken proper steps to not let the coronavirus spread across the country. However, the number of cases started to increase like anything. Recently, the positive cases in Nepal is in hundreds per day. Also, the number of COVID-19 infected patients death has increased which was totally unexpected.

Agendas of the Protest

Now, coming back to the protest, it all started when people lost their patience and started to realize that the government might have been incompetent or incapable to take the necessary actions against the pandemic. The Nepali citizens/youths have outlined the below main complaints against the government via the slogans and card-boards.

What the Protest Excludes?

Even though there are other hot sensitive cases ongoing like Lipulekh, Kalapani, Limpiyadhura India-Nepal border issue and MCC (Millennium Challenge Corporation) parallel with the pandemic, the protest is solely against the government not being able to properly act against COVID-19. Also, the protest is not influenced by any political party or political interest but is an exclusively ran campaign by Nepali citizens.

In the beginning protests, the Nepal police confronted the protesters to back them off as it would be risky to gather in such a mass at this time. But the youths doesn’t seem to stop it anyway until the government addresses the concerns.

This indeed was a needful action that Nepali people had to do to raise their voices (as it’s the right); however, maintaining proper physical distance among the mass and being peaceful and non-violent with proper manner is a must.

Note: All the photos have been provided by Suman KC. 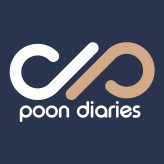 The Last Letter to My Dad